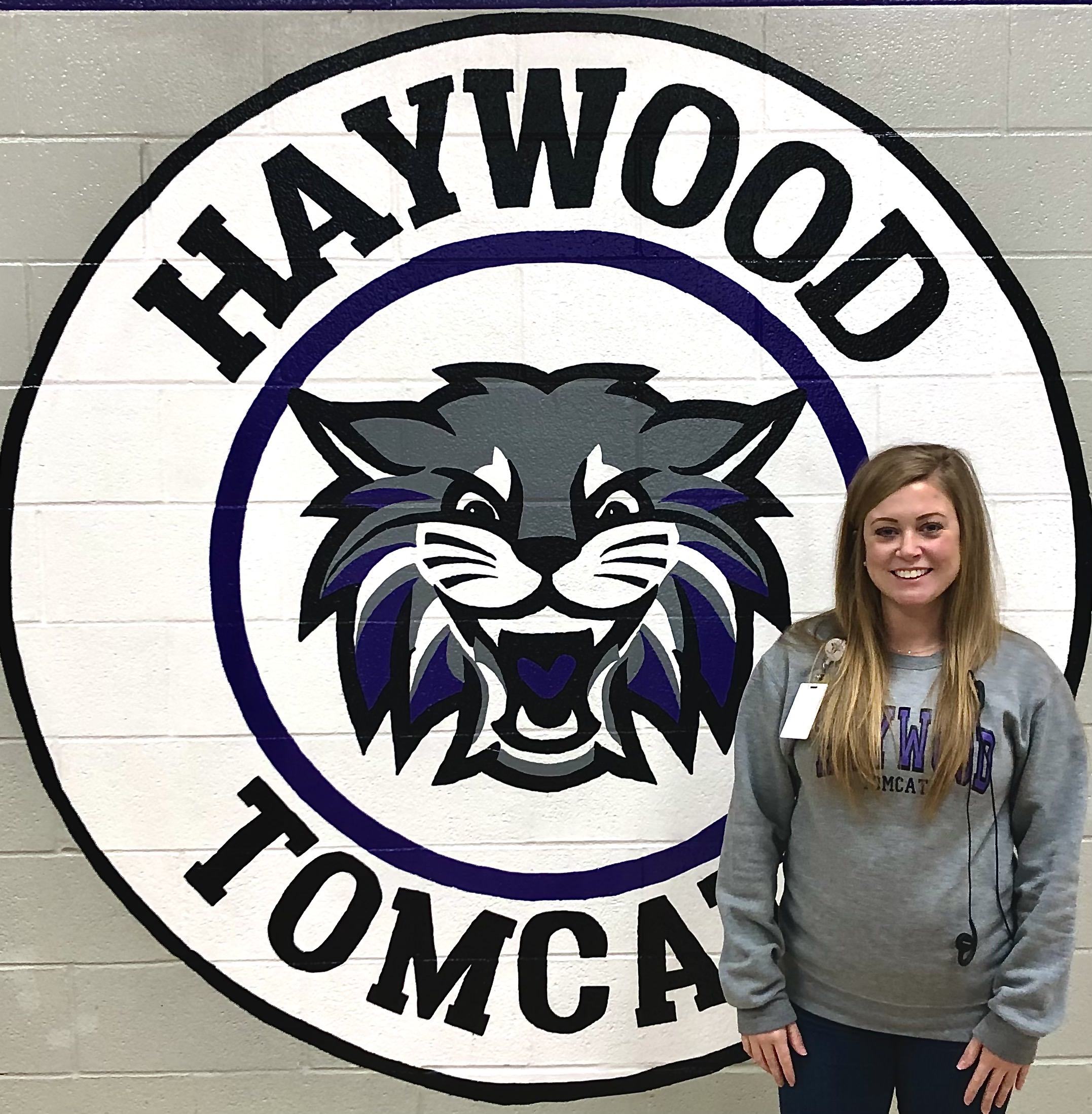 There are multiple ways to get to a destination.  Different routes can all lead to the same place, but some may take a little longer than others.  Whether that destination is an actual place or a personal goal or a desired occupation, the roads are often winding.  Sometimes, there are even setbacks or a person may even end up at a different destination than they originally mapped for themselves.  Whatever the case may be, plans are not always concrete.  In fact, more often than not, they are extremely fluid.

In the case of Principal Brittany Avent, the path leading to Haywood High School was full of turns and detours.

Brittany grew up in Whiteville, Tennessee, and attended Bolivar Central High School.  After graduating in 2008, she attended the University of Tennessee at Martin and finished with a degree in Agriculture Education in 2012.  And, while her intent was to teach Ag in a high school, that’s not what happened initially.

“I applied for eight Ag jobs and only got one interview.  I left the interview upset because the people interviewing me questioned my ability to handle a bunch of rowdy boys because of my physical appearance,” Brittany said.

Stereotypes can be incredibly damaging and short-sighted, but they are also very prevalent in many occupations, including education.  Not to be deterred, however, Brittany began looking for teaching jobs outside of the Ag field and landed back at her high school alma mater in Bolivar.

“I started looking for Math jobs and there ended up one being open in Bolivar and I took a job there teaching Algebra 1 and 2,” Brittany explained.

While Brittany enjoyed her time teaching Math at her old high school, it wasn’t long before her career path took another turn.

“Ripley High School called me and said they needed an Ag teacher.  I told them I wasn’t interested because I was happy where I was, but decided to talk to them anyway and the rest is history,” she said.

After two years teaching Math, Brittany was an Ag teacher which was her original goal coming out of college.  She settled into this new position and was in charge of the greenhouse and all things horticulture.  During this time she met someone who would influence her greatly on the professional level.

“During that time my role model became Ms. Susan Farris.  She made me want to be a Career and Technical (CTE) director in a school system, and that became my focus,” Brittany said.  “I connected to Ms. Farris on a personal level because, in the back of my mind, when I left that first interview I wondered if I would ever be taken seriously.  I’m a female; I’m petite; I’m blonde.  I felt like a stereotype.  When I came in and met Susan, she was very organized and very relatable and she was a petite female in a leadership position.  She had such a strong personality, and I connected to that.”

Once Brittany realized what she wanted her next career step to be, she didn’t waste any time pursuing it.

“I started my Master’s Degree program in 2016 and finished in 2018.  My principal in Ripley at that time was Mr. Joey Hassell, and I got to work for him.  When he came to Haywood as the superintendent, he offered me the position of CTE and Secondary Education Director,” she explained. 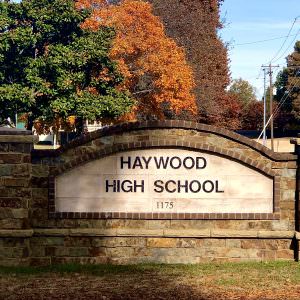 Once again, Brittany’s career path swerved but this move wasn’t lateral.  She was now in charge of an entire district’s CTE program and secondary education program of instruction.  While in that position, she met another strong female in a position of leadership who influenced Brittnay as well.

“Latonya Jackson was the principal of Haywood High School (HHS) when I was CTE director.  She is also someone I identified with because she was a minority woman in a leadership position.  And, I know I could never understand what she experienced as a black woman but I could relate to her from the perspective of being a woman in a leadership position who had to overcome her own stereotypes,” Brittany said.

The first year as CTE director was filled with a lot of work and finding herself deeply involved in shaping the program.  Because being a CTE Director was her dream job, Brittany quickly began to shape the culture of the program.  Along with connecting students to postsecondary options, she and her team increased industry certifications from 6 to over 400!  They also created a dual partnership with TCAT Jackson for Industrial Maintenace, and received over 1.1 million dollars in grant, including the GIVE grant which was an attractor for Blue Oval City.

During her second year, however, Brittany noticed she was missing something.  At the same time, Ms. Jackson announced she was leaving HHS to take a position in another district.  Another door seemed to be opening.

“My second year as CTE Director I really started missing kids.  I kind of felt like I didn’t have a personal connection to them on a daily basis.  I think that came from growing up in a family of educators.  I realized my purpose wasn’t being met anymore because I didn’t have that connection with kids,” Brittany explained.  “While being a CTE director was my dream job, I did miss being around kids.  I missed that so much, so when the opening for the principal position of Haywood High School (HHS) came along, I applied.”

Brittany’s first year as principal of HHS was 2020-2021.  Due to the COVID-19 pandemic, a lot of the students at the high school chose to learn virtually, so that allowed Brittany and her staff some room to get their feet under them and begin to set a culture and vision for the school.  She also understood the importance of her role as the leader of the school.

“I’m the person that manages the pieces of the structure of Haywood High School.  Academics are obviously important.  Partnerships in the community are important. From everything I had learned in my two years at the district office, I had an opportunity to figure out how all that works together in a school building.  My job is also to inspect what I expect.  It’s a constant self-evaluation,” she said.

“My job is also to inspect what I expect.  It’s a constant self-evaluation.”

One integral piece to the culture of HHS that Brittany has implemented is advisory groups.  Advisory groups began in the Spring of 2021 and have continued this school year.

“We started advisory groups here in order to address some issues and help students deal with social/emotional issues.  Each teacher has 12-15 students in each group and those groups are there for students to have a time and place to work through some of their emotions and thoughts on relevant issues in their lives,” she said.

While academics are obviously important, the thoughts and emotions of teenagers are normally what impact them the most.  Advisory groups within a high school are an excellent way for students to have hard conversations with one another and also build trust among themselves as well as trust with teachers.  Getting to a point where they are comfortable sharing vulnerable feelings, however, takes some time.

“The first few lessons in our advisory groups are all about how to build trust between students and their advisor.  Students will be with their advisors for four years, so there needs to be trust built between them,” Brittany explained. 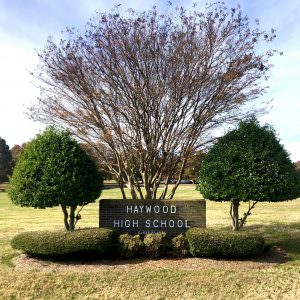 Now that trust has been built, deeper conversations are taking place.  In order for those conversations to reach their maximum value, teachers have to be prepared to lead those sometimes challenging discussions.  It’s important to Brittany that teachers also experience what will happen in the advisory groups.

“Teachers meet together before each advisory lesson in PLC’s in order to internalize the lesson and see where the pitfalls could be regarding trust with students.  We have trust-building activities among staff which is very important in and of itself,” she said.

While advisory groups have been implemented under leadership, Brittany wants the program to be not only sustainable after she leaves, but to become the culture of the school.

“My goal as a principal is to continue to interweave advisories into the fabric of the school.  It’s that important. I want this to become the culture of the building.”

At the midpoint of her second year as principal, Brittany is learning to handle adversity within the job because things can happen fast in a high school setting.

“Having 800 students in a building is extremely challenging.  Navigating every aspect of a full school is challenging and since it’s my first year with every student in the building, things are coming at me rapidly,” she said.  “If you don’t carve out time to be proactive, you just spin your wheels.  Now more than ever, we have to spend time focusing on the priorities of our school.”

One main priority of Brittany is to develop a culture of teachers who care about students first and foremost.

“When I look for qualities in a teacher or people in HHS, I’m looking for people who like kids.  You can teach teachers instructional practices, but you can’t teach them to like kids,” she explained. “I want someone who’s going to be here and buy into the culture we’re creating.”

One thing Brittany knows about the culture of Haywood County is that it’s different than anywhere she’s been.

“Once I got here, I realized the kids were just different.  They’re so hungry for opportunity.  The work that’s been done in the district with curriculum aligning and high-quality materials – I don’t see that work being done anywhere else and that’s what makes me want to stay,” she said.

And, while her road may have been winding to get here, she’s glad she finally made it home.

“I’ve never had a lot of people I surrounded myself with, but in Haywood, I’ve connected with so many wonderful people that it feels like home to me.”