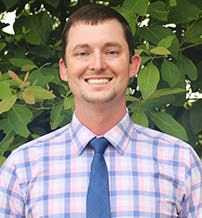 Mr. Alex Aitken has joined the Haywood High School’s administrative team, serving as assistant principal. He has devoted five years to the educational success of students at the collegiate level at the University of Memphis and Dyersburg State Community College. Before arriving at HHS, Mr. Aitken served at Munford High School. In these positions, he has been a team leader in addressing Biology standards, pedagogical strategies, and rigor inside the classroom. His passion for student success and desire to experience and understand the world through the lens of science reasoning has had a positive impact on student achievement. His current focus is on supporting teachers and students via the continued development towards life-long learning. His passion for students and teachers, growth mindset, ability to research and problem-solve will serve Haywood High School well.

Mr. Tony Lambert has joined the Haywood High School’s administrative team, serving as assistant principal. He has dedicated several years of his educational career in the classroom working directly with students by way of teaching sixth and eighth grades ELA in middle school and teaching high school students Read 180. He has not only inspired students academically but through sharing in his passion for basketball by being a head and assistant coach as well as strength and conditioning trainer to his teams.

Mr. Lambert comes to us from Humboldt High School, where he taught Read 180 and assisted the leadership of the school with discipline issues where needed. It is during that time that Mr. Lambert developed a desire to be a part of a school’s leadership team and decided to further his career by obtaining a Master’s Degree in Leadership.

Mr. Lambert is originally from Newbern, TN, where he had an outstanding basketball career. He went on to play basketball and graduate from Freed Hardeman University with a Bachelor’s Degree in Education. He later earned his Master’s Degree in Leadership from the University of Memphis.