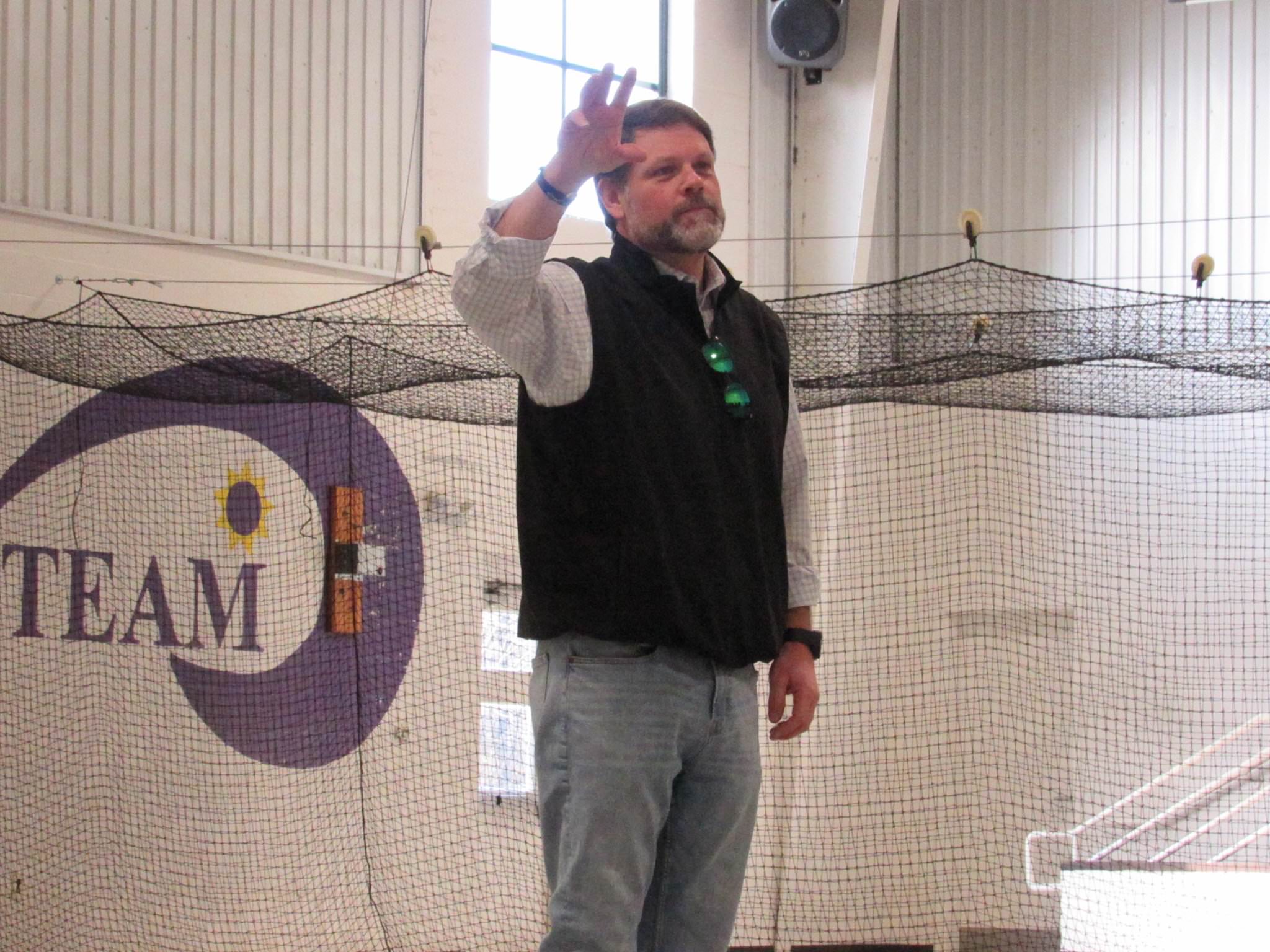 On Friday, February 14, students at Sunny Hill Alternative Learning Center were audience to a special assembly put on by Brownsville’s very own Clark Converse.

Converse is a native of Jackson, Miss., who spent many of his early years struggling with drug addiction, living in and out of various rehabilitation centers. Today, he is the founder of Turning Point Recovery in Southaven, Miss., co-founder of BoCo Health in Memphis, and founder of What Good Looks Like, LLC (WGLL) out of Gadsden, Ala. WGLL is a company that travels around the country speaking to college kids, helping to alter their paths. He came to speak to the kids at Sunny Hill with the hope of steering them back into a positive direction. “Change your trajectory,” he stated many times throughout the duration of the presentation.

Converse was unafraid to get raw with the students during his time with them. Many of his former friends, he informed them, were either incarcerated or deceased. He also spoke fondly of former Haywood County Sheriff Melvin Bond, identifying him as one of the people who helped to change his own trajectory. “You are wasting an opportunity to be successful,” Converse said Bond told him during one of his detainments. Those words stuck with him, becoming a focal point of the speeches he gives today. “I wanted to be successful,” Converse replied to a student who asked him why he chose to quit doing drugs.

The presentation was full of good questions from the group of teenagers who were all thoroughly invested in the words Converse was speaking, as well as engaged in the open conversation he was having with them. “How did you get off so easily?” asked another student, questioning Converse’s life today. “It wasn’t easy,” he answered. “I was in treatment for six months. I’ve been to six different treatment centers.” A few more questions were centered around Converse’s business, such as what it was and how he funded it.

Later, it was Converse’s turn to ask the questions. “Where do you see yourself in five years?” he asked the group of students. Answers ranged from traveling and working to playing in the NBA. Converse absorbed those answers as fuel for his next question. “I don’t know anybody that has obtained success that hasn’t figured out their why and then reduced the things in their lives that caused them trouble,” he began. “If you can start defining the why, then you can start defining the how … Somebody be courageous enough to tell me your why.”

Director Stephen May was the first to answer this question. “Before I retire, I have got to make sure that this program doesn’t collapse when I walk out the front door. That is my why. Because I love you guys, and y’all need somebody,” he professed, garnering a small applause from the teens. “This is my passion.” Another student stated that her why would be her family. “Everything I do will be for my future family. I want to provide for them.”

Before the presentation closed, Converse was asked one final question. “If given the opportunity, what would you go back and tell the 16-year-old version of yourself?” Converse was quick to answer. “Listen to the people around you,” he replied. “The people who make you the maddest are the people you need to follow.”