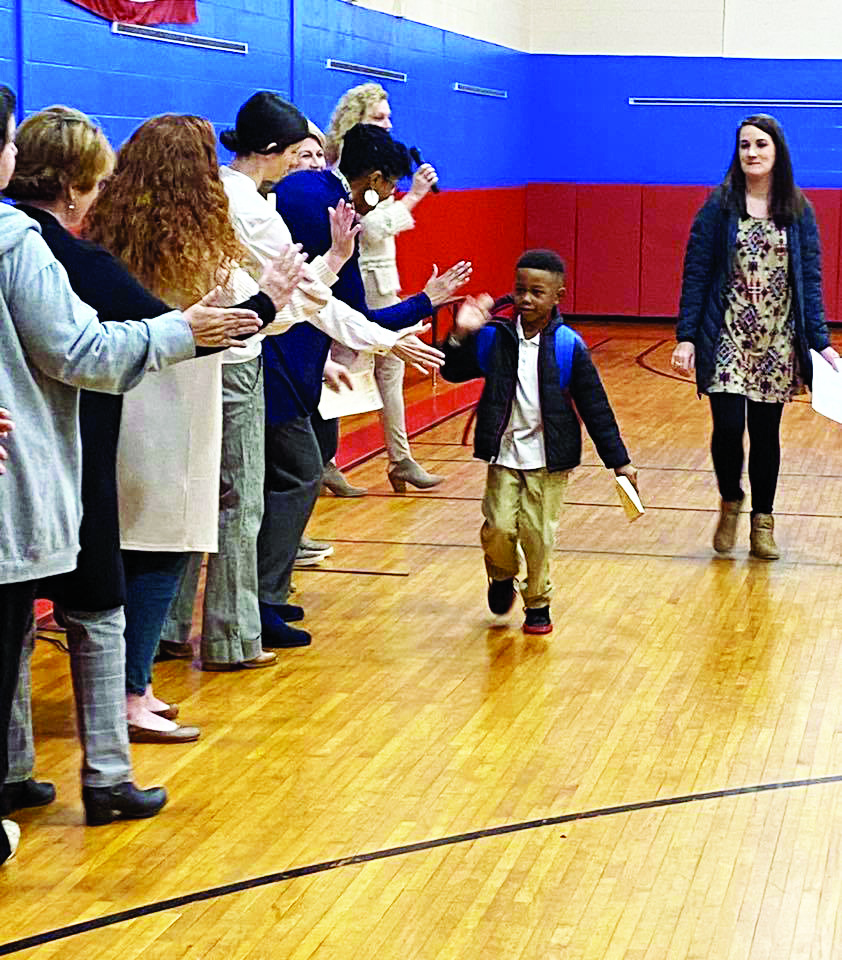 Students are more motivated than ever to strive for success at Anderson Early Childhood Center. Beginning the first week of February, students received the opportunity to gather with teachers and faculty to celebrate the various achievements and accomplishments of their peers in an event known as Cub Call.Cub Call will be held weekly on the first day of each school week at 7:45 a.m. To start the program, each teacher will choose a student within their class to serve as the classroom cheerleader,and each selected child will receive a pompom to hold and wave. A few student leaders, alongside an administrator, will then lead the school in the Pledge of Allegiance, announcements, and school rules, after which, the school’s very own student meteorologist will update everyone on the daily forecast. Following the welcome portion of the program, each teacher gets the opportunity to “shout out” the week’s chosen child from each of their respective classes. Once they are announced, each child gets to run through the row of student cheerleaders, collecting high fives from all of the teachers, as they proceed to accept their shout out award. After the recognitions, an administrator ends the week’s Cub Call by talking about Anderson’s “Habit of The Week,” which will be one of seven habits the students are learning about detailed in “The Leader in Me,” a self-help book authored by Stephen R. Covey. The book lists the seven habits of highly effective people: Be Proactive; Begin With the End in Mind; Put First Things First; Think Win-Win; Seek First to Understand, Then to Be Understood; Synergize; and lastly, Sharpen the Saw.”It has increased both positive behaviors and achievement already because students love being recognized in front of their peers,” said Anderson Early Childhood Center principal, Charles Byrum, “We look forward to adding to this event to make it even better throughout the year.” School administrators look forward to highlighting students that have made it into various clubs such as the ABCClub, The 100 Club, and the Sight Word Club at future Cub Calls. The program already seems to have a bright future, as evident by the promising young leaders highlighted in each week’s event.