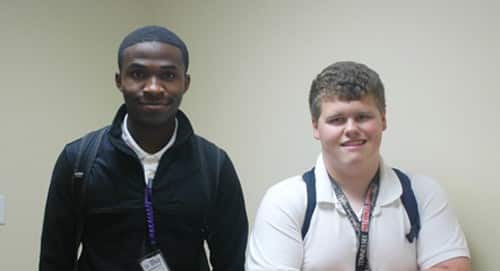 The Haywood High School JROTC has named two students as their candidates to Boys State. Jerald Hammond, son of Jerald Hammond Sr. and Levovida Rollins, and Tommy Pyron, son of Martha and Gary Pyron, are attending Boys State from May 25 through May 31 at Tennessee Tech in Cookeville, Tennessee. Both students are upcoming seniors at Haywood High. 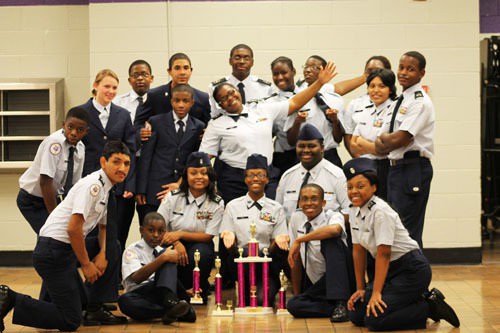 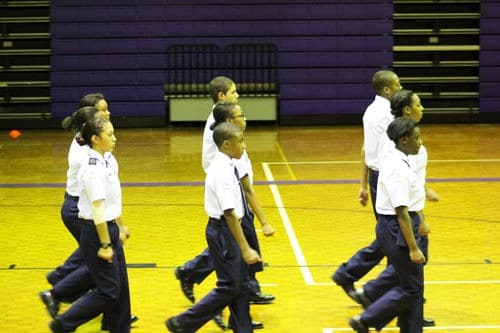 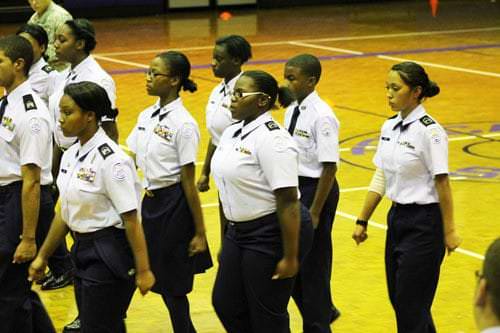 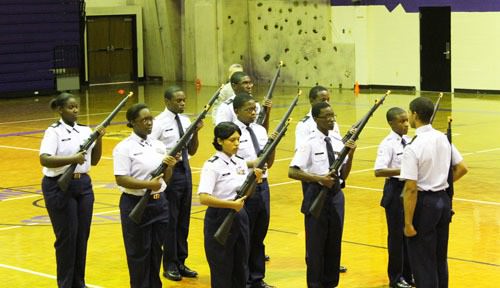 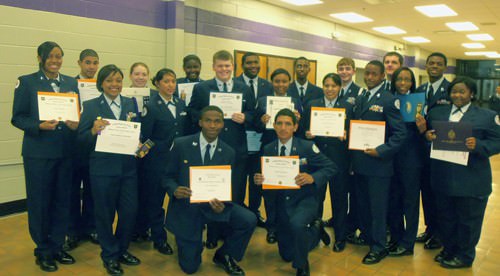 The Haywood High School AFJROTC held its annual Awards Banquet on April 23. The program began with the presentation of the colors by the Color Guard and the recitation of the Pledge of Allegiance. Directors for the program are Lt. Col. Stark Davis, Sgt. John Parker and Maj. Delois Dailey.

Cadets were recognized for Leadership, Achievement, Superior Performance, Community Service and for being a member of the Kitty Hawk Honor Society. Then Sgt. Parker recognized the Top 4 Cadet Scholars based on their grade point average (GPA). This award goes to the cadet with the highest GPA in each class: Freshman – Isaiah Franklin, GPA 3.30; Sophomore – Jordan Bailey, GPA 3.70; Junior – Ricarnieca Johnson, GPA 3.90; and Senior – Rashad Mann, GPA 3.94. 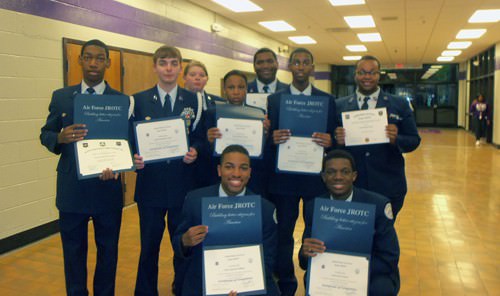 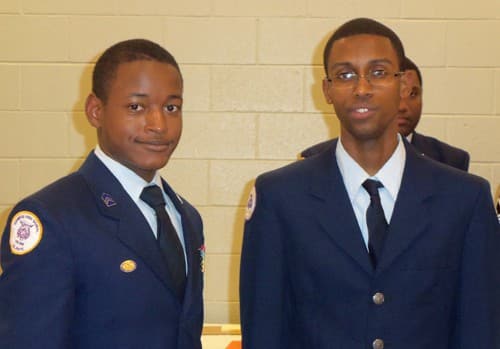 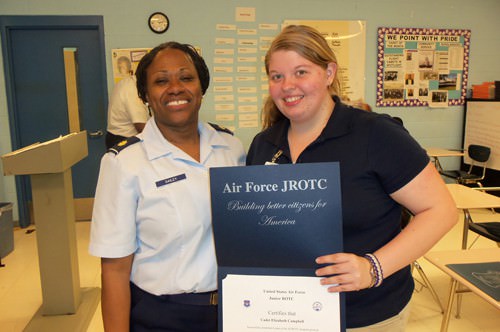 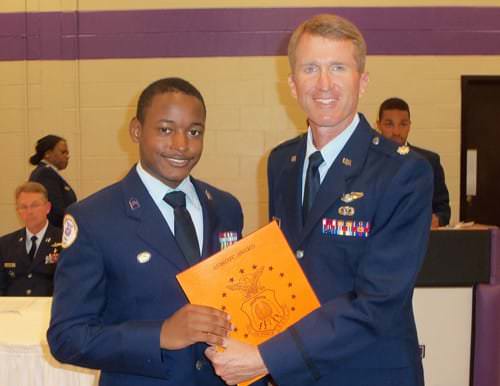 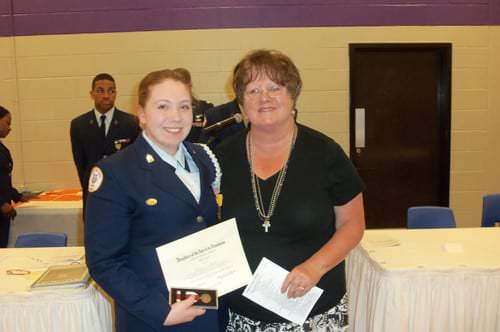 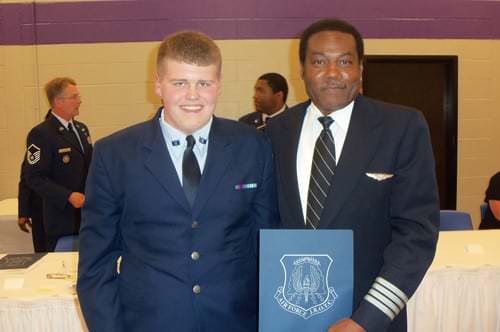 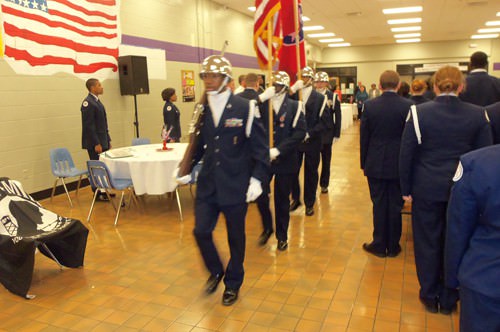 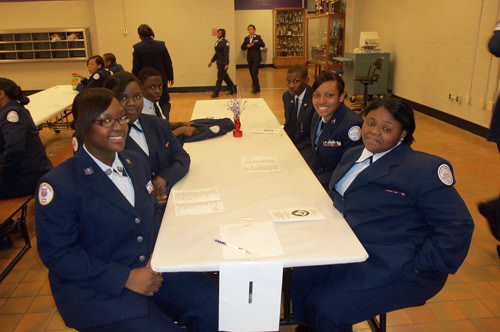 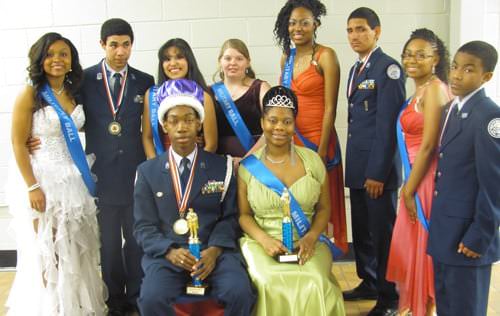 The Haywood High School Air Force Junior ROTC program, inducted 27 cadets into the Kitty Hawk Air Society, an international honor society program for Air Force Junior ROTC cadets. These cadets demonstrated academic excellence and leadership during the first semester maintaining a minimum grade point average of 3.0. Their induction into the society is one of the highest honors for cadets while in the program. These cadets will be assisting with tutoring and community service projects during the year. 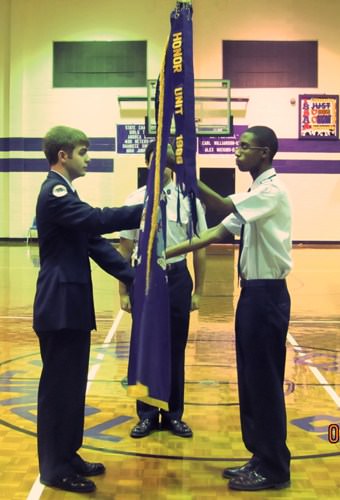 The Air Force Junior ROTC Group at Haywood High School recently conducted a Change of Command Ceremony; a time-honored military tradition where the Commander in Charge turns over his position of authority to another cadet. Cadet Colonel Christopher Parker, the current Commander (left), exchanges the United States Air Force Flag with Cadet Lt. Colonel Rashad Mann, symbolizing the exchange of authority from one to the other. Lt Colonel Mann will take up the challenge of leading the Group until the end of the school year. Christopher and Rashad are both seniors and will graduate this year with honors. 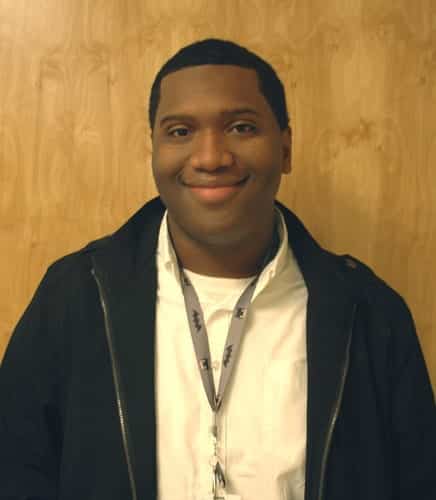 Haywood High School senior Octavius Lanier has been selected as the Student of the Week. He is four-year AFJROTC cadet and serves as a Flight Commander. He is a member of the French, Beta and Drama clubs and the Academic Decathlon Team. Octavius has a 3.5 GPA and made a 26 on his ACT. His special interests include drawing sketches, reading mystery novels, researching current events, watching documentaries on unsolved criminal cases and recording/editing videos on computers. Octavius plans to attend MTSU, major in criminal justice and minor in drama. He is undecided on a career, but may possibly become a federal agent. He is the son of Laeann Lanier.

Student Cadets from the Air Force Junior ROTC program at HHS took a Curriculum in Action trip to the Dyersburg Regional Airport to get a better understanding of the Aviation environment. Cadets were able to see different types of small aircraft and were instructed on the daily operation of launching and landing of aircraft. Other events of the day included a visit at the Halls Aviation Museum, formerly a WWII B-17 Bomber base, where cadets were able to see many different military related items used by “the greatest generation to fend off Nazi Germany and Japan. To complete the day, cadets visited the birth home and now museum of the legendary Author, Alex Haley. 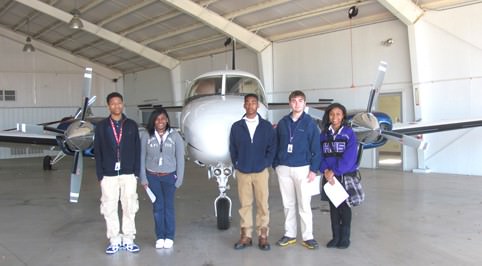 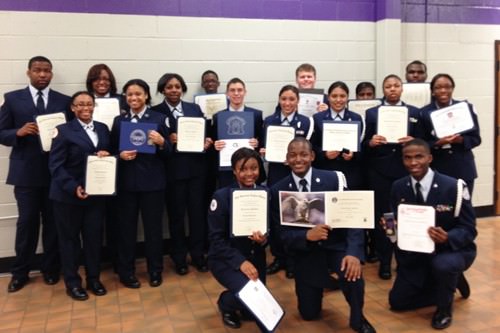 The HHS Air Force Junior ROTC program held its annual Awards Banquet on April 24. Parents, administrators, and board members were in attendance to watch the students receive their awards. The cadets have performed more than 1,200 hours in various community service projects such as the March of Dimes, Relay for Life, the canned food drive and Operation Shoe Box, to name a few. The goal of the program is to help students become better citizens. The following cadets received local and national awards.

Among the local awards given were Leadership, Achievement, Superior Performance and for qualifying for the Kitty Hawk Society. These students maintained a 3.0 GPA and helped tutor other cadets and HHS students before school. 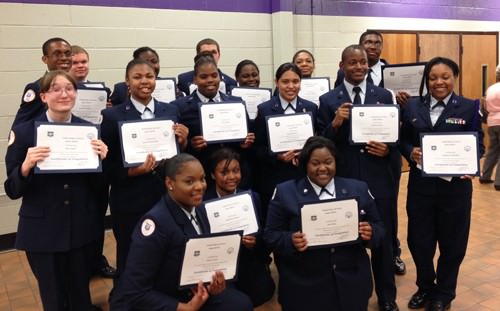 Top 4 Cadet Scholars (GPA) This award goes to the cadet with the highest GPA in each class.