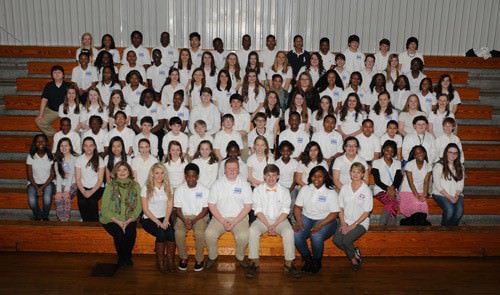 New members this year bring the total number of members in the HMS Junior Beta Club to 97. Sponsors for the club are Mary Jane Williams and Jane Jameson.

The link to the HMS Band Page is  http://jasonaspraggins.wix.com/hmsband.