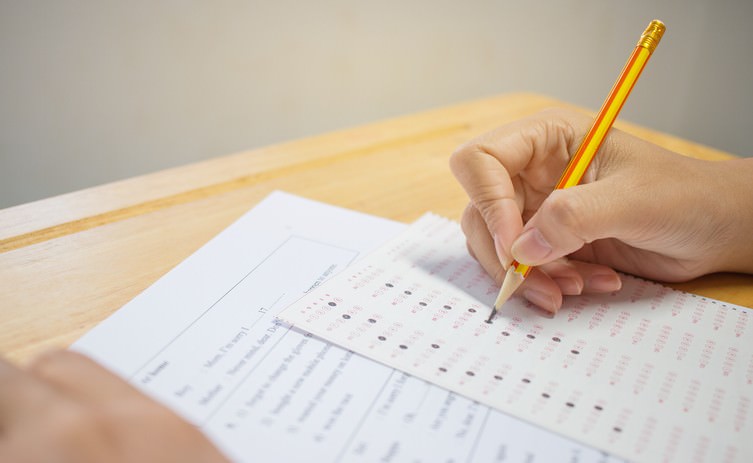 When I was a teenager, I would grab the paper every morning before school and shuffle as fast as I could to the Sports section.  My eyes would skim over each box score from the previous night’s baseball games until they landed on the San Francisco Giants score.  From there, I’d slide down to the third spot in the batting order and normally see “Clark, W” and four columns of numbers next to his name.  If I wasn’t a baseball fan immersed in the statistics of the sport, I’d have no idea how to interpret whatever data was scattered across those columns.  But since I was a rabid fan, based on the arrangement of numbers next to Will Clark’s name, I could tell within a few seconds if he had a productive game the previous night or not.  Those numbers told me a story; they gave me a snapshot of Will Clark’s game, but they didn’t give me any context.  I could tell how many hits he had or how many runs he scored, but I didn’t know how many pitches he saw during each at bat.  I couldn’t tell if there were any runners on base or, if there were runners on base,  what bases they occupied.  I could only tell how many hits he had or runs he batted in or runs he scored, and that was enough for me because I was taught that those particular numbers were the most important numbers to gauge success for a baseball player.  Numbers tell us one side of a story, but they don’t tell us the whole story.  In fact, numbers can tell us any side of a story we want them to tell us.

“Numbers tell us one side of a story, but they don’t tell us the whole story.  In fact, numbers can tell us any side of a story we want them to tell us.”

For fourteen years, I taught middle school English/Language Arts (ELA) and at the beginning of every year I was presented with a plethora of numbers next to names, but this numerical experience wasn’t nearly as enjoyable as my morning routine of scouring box scores of baseball teams.  The word “numbers” mutated into the word “data” and words like “growth” and “achievement” and “percentile” replaced “hits” and “runs” and “at bats” and suddenly looking at statistics was a grueling, cumbersome task that didn’t seem to have a lot of logic to it.

Every year, my department was told that the scores of our students needed to be higher, that we needed to show more growth, that our students couldn’t read well enough.  That rhetoric grew tiresome because the only side of the story anyone wanted to talk about was the side of the story that was based on an assessment that was given on a singular day out of 179 other days of the year, and this was the story everyone in education in the state of Tennessee – from Memphis to Johnson City – cared about.  This was the story legislation was based upon.  This was the story where success and failure for a school and educator balanced on a razor’s edge waiting to topple to one side or the other depending on the data from state testing.

Frankly, as a teacher, it was disheartening to have my value be whittled down to a score when I knew the rest of the story.  I knew how well my kids could read because I heard them day after day in class reading texts that interested them.  I knew my students could write because they articulated their thoughts with passion if they cared about the subject.  I also knew that state ELA tests were incredibly biased and extremely subjective and only accepted one correct response per question when two or more could suffice if the students were allowed to explain why they answered the question they answered.  But these were the rules we had to play by and the rules school districts across the country are still playing by today.

Coming on the heels of two unprecedented years in education dealing with COVID-19, the state of Tennessee still required end of year standardized testing in 2021 for each district,  but stated that districts would not be held accountable.  Predictably, the numbers were low and, unsurprisingly, comparisons were made.

In Haywood County, we won’t shy away from what the numbers say, but we also know that there are many other stories to tell based on numbers.

At the most basic level of data, our numbers are down compared to previous years.  Compared to other districts in West Tennessee, our numbers in Math and Reading are low.  We know those numbers need to improve, and we know that we have the right systems and structures and educators in place to see that improvement.  We also know that those particular numbers do not tell the whole story of who our students are and what they can and will do in the future.

Our overall success rate of achievement as a district was 6%, and we know that there are a myriad of factors that come into play regarding that number. The two most important aspects about that number, however, are that the number only tells a fraction of the story and the number will undoubtedly rise considerably after a full year in the classroom for our students.

Our district rate of achievement in ELA was 10.7% which admittedly needs to be higher, but there was a growth level of four (out of five) in ELA at Haywood High School.

In Math, our district rate of achievement was 3.1%, but our district has instituted Math Collaborations led by John Prince to allow math teachers to come together and discuss curriculum and best practice teaching strategies in order for students to learn math more effectively.

At Anderson Early Childhood Center and Haywood Elementary School, we have implemented the Reader/Writer project that monitors student growth in reading throughout the year and implements strategies to meet the students where they are in their reading journey.  We know how important the foundations for reading are at such a young age.

Like any set of data, there are multiple sides.  While we acknowledge the need for extensive growth in the areas of achievement in Math and ELA, we also know that our students who leave our district are pursuing post-secondary options at a rate that is competitive with any other district in West Tennessee.

In 2021, over half of the graduating students from Haywood High School were pursuing post-secondary options.  That rate is comparable or better than nearly every other county in West Tennessee.  More than data from a standardized test, the opportunity for a skill, trade, and financially sustainable career is what we want our students to be able to pursue when they leave our district.

The CTE program at Haywood High School offers students options for dual credit and certification in certain occupations upon graduation.  Nearly 30% of our students met the State of Tennessee Ready Graduate requirements, and that percentage was also comparable to nearly every other county in West Tennessee.

Drilling down on data, however, can cause us to lose focus on the most important aspect of a school district by far: educating the whole child.

Unlike numbers on a spreadsheet, our students are three-dimensional, living, breathing, feeling human beings.  They have struggles and heartaches and successes and failures that all occur outside of school buildings.  Because of those life experiences, we have developed support systems within our schools that help students navigate the social and emotional challenges of life.

“Unlike numbers on a spreadsheet, our students are three-dimensional, living, breathing, feeling human beings.”

One way our system supports its students is by providing a social worker on each campus as well as a district wide plan to combat truancy.  A school nurse is also assigned to each campus in order to support students and families in the midst of a pandemic.  Through advisory groups, our students at Haywood High School are learning about the positive aspects of vulnerability while engaging in conversations that bridge gaps in differences between students.

While we know the quantifiable data of standardized test scores does have some validity in regards to student learning, we also know that we are educating whole children.  We will continue to teach our students to read high quality texts, to write complex and thoughtful essays, to synthesize historical information, and engineer creative scientific concepts.  We will push them to pursue a skill or trade or a four year university.  We will help them develop soft skills that will be used for future success when they leave Haywood County Schools.  And because of all of those things we know we will see drastic improvement across all areas of statistical data, though we will never allow ourselves to be fully defined by a snapshot of a two-dimensional number.

Our students deserve a high-quality and equitable education.  That will always be the main focus of our district.  We are confident that our data will be a by-product of our vision.