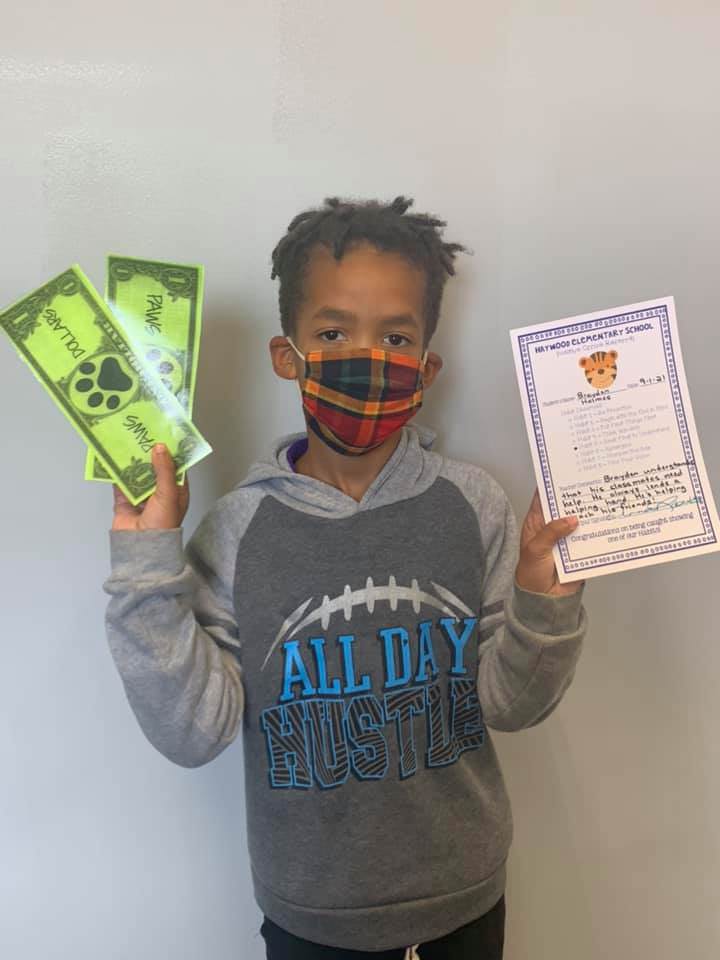 An incentive is defined as “something that motivates or encourages one to do something.” And no one recognizes the efficacy of this powerful tool better than the elementary school teachers of Haywood County Schools.

Haywood Elementary is redefining the age-old, once-dreaded act of “being sent to the office,” transforming the journey instead to a highly anticipated, sought-after affair.

Students caught helping others, exemplifying Leader In Me habits or exhibiting outstanding behavior are sent straight to the office…for a Positive Office Referral, where they are presented with PAWS dollars. Incentives are also being distributed based on academic achievements such as sight-word mastery.

HES Pouncers may spend their hard-earned incentive “dollars” to “purchase” treats, goodies, toys, books or t-shirts at the school “store”.

Trying to break the cycle where only bad behavior or poor achievement capture attention, HES educators and administrators are focusing on positive reinforcement and recognizing the value of earned incentives in reaching desired behaviors.

Pictured above: Brayden Holmes, Haywood Elementary second-grader in Miss Stacie Carlton’s room, was sent to the principal’s office last week…where he was praised and rewarded for his kindness and eagerness to always help others. Brayden proudly shows off his PAWS dollars.