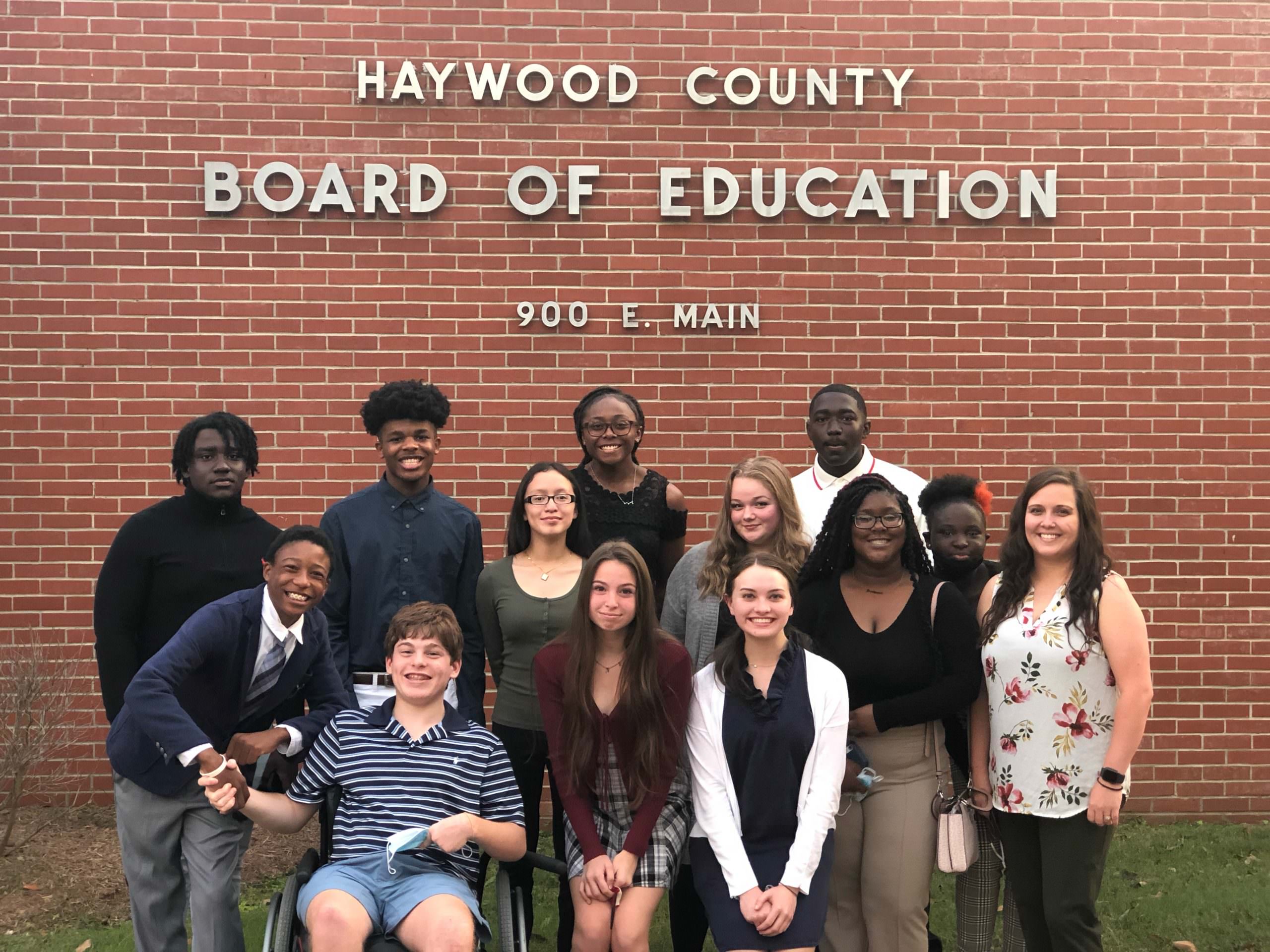 Finding ways to allow students to contribute to the culture of their school while also developing critical leadership skills is something that every high school in the country would love to do.  But between academics, athletics, testing, fine arts, and a multitude of other activities that occur in the daily life of a high school student, finding time and ways to develop autonomy and leadership can be challenging.  This school year, Haywood High School has made developing their Student Council Association (SCA) a priority in order to allow students to develop leadership skills while also providing a student voice in the school.

Led by sponsor Shandi Sheets the SCA at Haywood High is taking steps to grow into a student-led organization that affects positive change on campus and in the community.

While students had been given opportunities to lead in previous years, a formal group had not been established nor a specific time to meet as a group during school hours.

“Up until this year, students in leadership positions within the school were meeting on their own time.  We decided to bring back SCA and carve out a time for the student council to meet during the school day,” Shandi said.  “We held elections for Senior class officers at the end of last school year so they could be in place and do some work over the summer to set things up for the school year.”

When student councils in high schools are operating in their most proficient way, they can be tools that greatly enhance a school’s culture.  They give a voice to the student body.  They allow students to lead and help shape the narrative of their school.  Most importantly, student councils can help teenagers learn how to communicate and problem-solve while having difficult conversations.

“Our student council has so many great ideas, but sometimes they don’t agree and that’s okay.  I say that they fight like family.  Sometimes that needs to happen to get to where we want to get,” Shandi explained.

The student council at Haywood High is in its infancy right now, but the students on the council are finding ways to immediately make an impact in their school and their community.  It also provides students a time to just be together and problem-solve during a school day.

“SCA provides students time to spend together and really work on the school.  At first, it was just fundraising for prom and graduation.  Now, we’re focusing on more school projects and things we can do in the school,” Shandi said.  “One thing we’re doing now is a door decorating contest.  It sounds elementary at first, but it really gets the whole school involved in something and adds a little life to the school.”

While door decorating can be a fun and a culture-strengthening activity for the whole school, the SCA at Haywood High has bigger things in mind.

“The council is wanting to do a Winter Formal.  They’re also wanting to organize a Christmas drive and provide presents for a family in Haywood County.  That’s what they’re really excited about right now,” she explained.

To do those things, however, money needed to be raised.  On October 22, the SCA had their first fundraiser at the Haywood/Covington football game. They also had a lot of help from sponsors and community members.

“We had a fish fry to raise money.  We spent 200 dollars but raised 1400 dollars.  We sold out.  We had a lot of community support.  We had thirty pounds of fish donated.  So much food was just donated and it helped us tremendously,” Shandi said.

For programs and schools in smaller communities like Haywood County, community support is necessary to help build and sustain school organizations like SCA.  Listed below are all the people and businesses that helped the Haywood High School Student Council raise so much money with their first fundraiser of the year.

“We have high expectations for each officer.  We check their discipline records, attendance records, and their GPA has to be a 2.5 or higher.  All of that has to be in place before they can even run for office,” Shandi said. “It’s really exciting to see them invest in their school.”