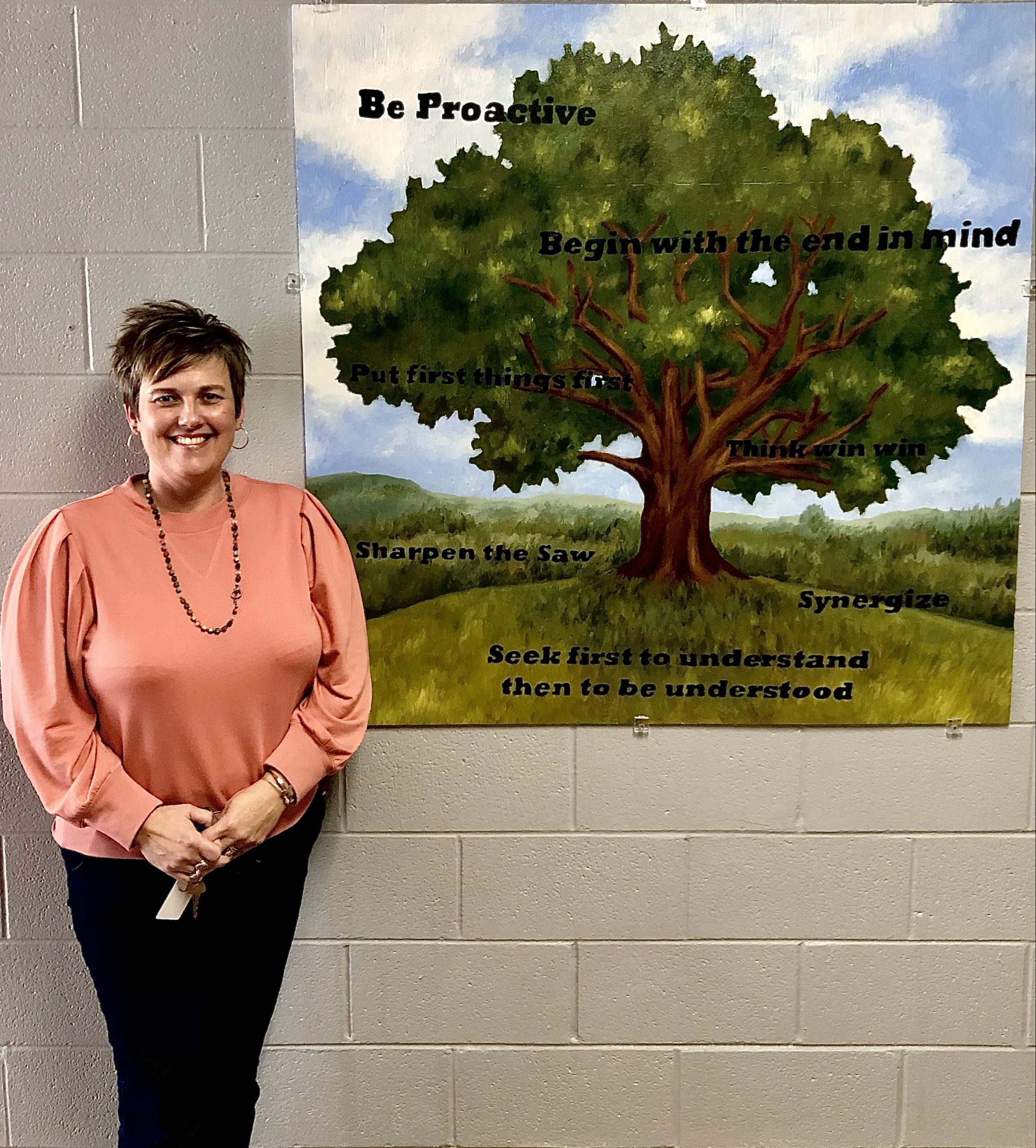 Ask any teacher, principal, or school district employee and they would most likely tell you that the most challenging grade band to teach would be middle school.  For the most part, elementary school students are excited about school and want to please their teachers.  High school students have an eye on the future and are preparing for the next steps in their lives, whether it be college, career, or technical school.  That strange middle ground where bodies and emotions change daily is where middle school students exist – old enough to be “cool”, but still too young to be able to see the light at the end of the tunnel.  Adding to that equidistant purgatory is a rapidly developing brain coupled with an influx of hormones that make middle school students that rare and, sometimes, volatile combination of a child in an adult’s body.

Most administrators would shy away from leading a middle school, but Haywood Middle School Principal Michelle Tillman embraces the adventure of being surrounded by adolescents on a daily basis.

“This is my fourth year at Haywood Middle School, and I truly love it here.”

“This is my fourth year at Haywood Middle School, and I truly love it here.  My first year here we had 658 kids in a building.  It was like sardines in a can,” she recalled.

The first thing Michelle wanted to do when she became principal of Haywood Middle School was to take the pulse of the school culture.  She invited every single teacher to come meet with her and have a conversation about what they liked and what they didn’t like about working at the school.

“My first summer here I had every teacher come in and meet with me one on one.  We just sat and talked.  I wanted to know what they needed…what they liked, what they didn’t like,” she said.

Her reason for spending time with her faculty initially was to meet the needs of the teachers at her school.  There had been a lot of faculty turnover, and she knew that consistency would greatly improve student learning.  And in order to have consistency among her staff, she needed to shape a new culture within the school.

“Haywood Middle School was always a revolving door.  Superintendent Hassell wanted me to change the culture because the people who work for you need to feel supported,” Michelle explained.

After talking with nearly all of the staff, she found out that it was a fairly simple fix – teachers needed support.

After understanding what teachers at Haywood Middle wanted, Michelle set out to make them feel appreciated and seen.

Relationships, in any context, thrive in familiarity and trust.  Michelle has been a Haywood County resident for twenty years.  She sees former students in grocery stores, at sporting events, and is even starting to see children of students she taught.  Her husband is the associate pastor of First United Methodist Church here in Brownsville.  Michelle is firmly planted in Haywood County and that was by design.

“We wanted a small-town feel,” Michelle explained.  “I grew up in Lauderdale County right down the road, but Haywood feels different.  We love it here.”

Throughout her twenty years in Haywood County Schools, Michelle has done a little bit of everything.

Michelle’s experience has allowed her to bring multiple perspectives when talking to teachers about instruction and classroom management.  Regardless of what subject is being taught, there are universal principles that can be followed to ensure classroom culture and school culture contribute to a positive learning environment.  One way Haywood Middle School is creating a positive environment is through the implementation of a positive behavior program known as RTI-Squared B (RTI2-B).

RTI2-B is an evidence-based behavioral support system that stands for Response to Instruction and Intervention for Behavior.  The goal of RTI2-B is to help schools create a positive culture for students and staff with the goal for improving academic and behavioral outcomes for all students.  The purpose of RTI2-B is to empower educators to equip all students with the opportunity to meet high expectations regarding behavior and the support to reach every student.  Not only does the program help provide support to both faculty and students, but it falls directly in line with the vision Michelle has for Haywood Middle School.

“We do RTI-Squared B.  We’re in our third year of that program.  Traditionally, this school had a lot of discipline issues, and I knew we needed a change.  We’re also a Leader in Me school.  Every student has an intervention time during the day.  We’re wanting to have programs that support students in every aspect – behavioral and academic,” Michelle explained. 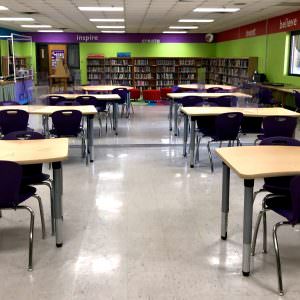 The Leader in Me (TLIM) program is a district-wide initiative that begins in pre-k at Anderson and stretches all the way to Haywood Middle School.  While there are multiple aspects to the TLIM program, Haywood Middle School has drilled down their focus to the Seven Habits which are derived from Stephen Covey’s “Seven Habits of Highly Effective People”.

The Seven Habits are centered around the following quotes:

● Habit 1: “Be Proactive Between stimulus and response is the freedom to choose…”

● Habit 5: “Seek First to Understand, Then to Be Understood…”

While Haywood Middle School consistently refers back to these seven habits, Principal Tillman’s favorite one is quite possibly “Begin With the End in Mind…”.

“Begin With the End in Mind” not only works well as a teaching tool when students make behavioral mistakes as all adolescents will do from time to time, but the phrase is also an integral part of the teaching process at Haywood Middle School.

“Our professional learning communities (PLC’s) play a big role in what we do at HMS.  It’s a time for teachers to collaborate and really focus on student learning and academic growth.  It allows teachers to see where they want their students to be and then formulate the best way to get there – ‘Begin with the end in mind’, “ Michelle explained.

Since the beginning of her time at Haywood Middle School, Michelle knew that improving the culture of the school would play a vital role in improving all the other aspects of the school including student behavior, student academic performance, and faculty morale.  In a way, she began with the end in mind, and Haywood Middle School is reaping the benefits of a positive school culture.