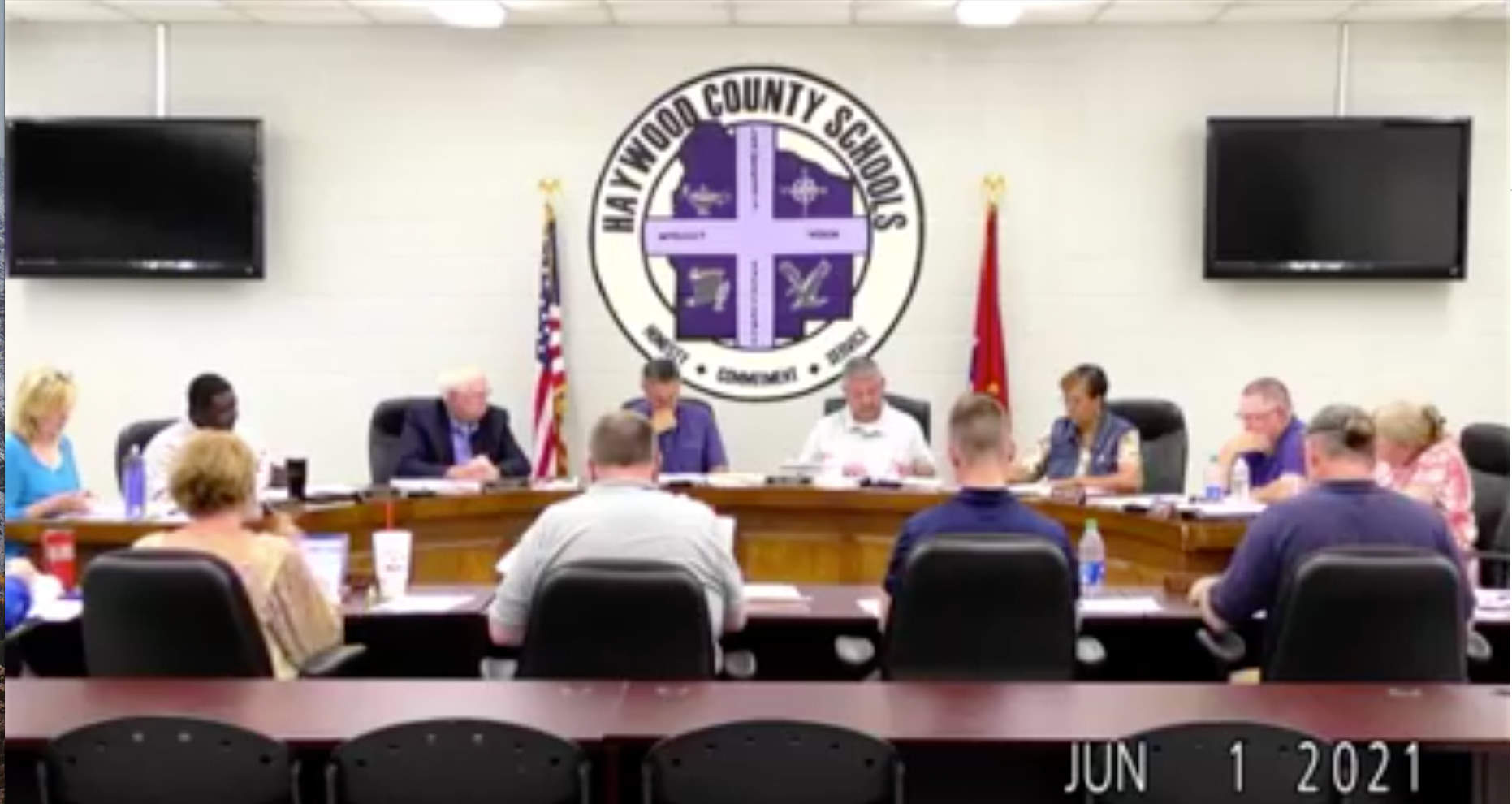 Tuesday, June 1, the Haywood County School Board and executive leadership teams convened for two meetings.  First for a workshop to review and discuss in detail the school’s 2021-2022 proposed budget prior to presenting it Thursday at the County Commission budget committee meeting. And secondly, for a less-than twenty-minute special-called meeting for board members to sign-off on the aforementioned budget and two capital improvement bids.

Exciting news for teachers and support staff  – the proposed new budget for the 21/22 school year will yield an average salary increase of 5% for teachers and 4% for all support staff. HCS is reverting back to a traditional step salary schedule as the one abandoned back in 2015. Superintendent Hassell explained that these new salaries will make Haywood more in line with the salaries offered in surrounding counties.

Hassell was proud to note that the new budget necessitates zero property tax increase. The school does have an existing request of $91K into the County Commission; instead of using those funds to buy a new school bus, however, they’re now seeking this money to repave at the high school and district office.

With the bids mentioned above now approved, the high school’s vocational building is getting a facelift thanks to the GIVE (Governor’s Investment in Vocational Education) grant and HCS can now begin construction on the much-anticipated “priority 1” capital improvements projects, items that were previously funded by the County Commission that are now being paid for using federal COVID dollars. Deemed the highest priority due to safety and functionality concerns, the “priority 1” items include new flooring at two of the elementary schools and kitchen ventilation renovations at three of them.

Even with money in hand and contracts potentially signed by week’s end, Tyler Howell, HCS facilities director, cautioned that some of the construction would not get done before students return in August due to significant lead times on supplies, specifically the vent hoods. This was a problem administrators feared but one they’ve already planned for and have a solution to.