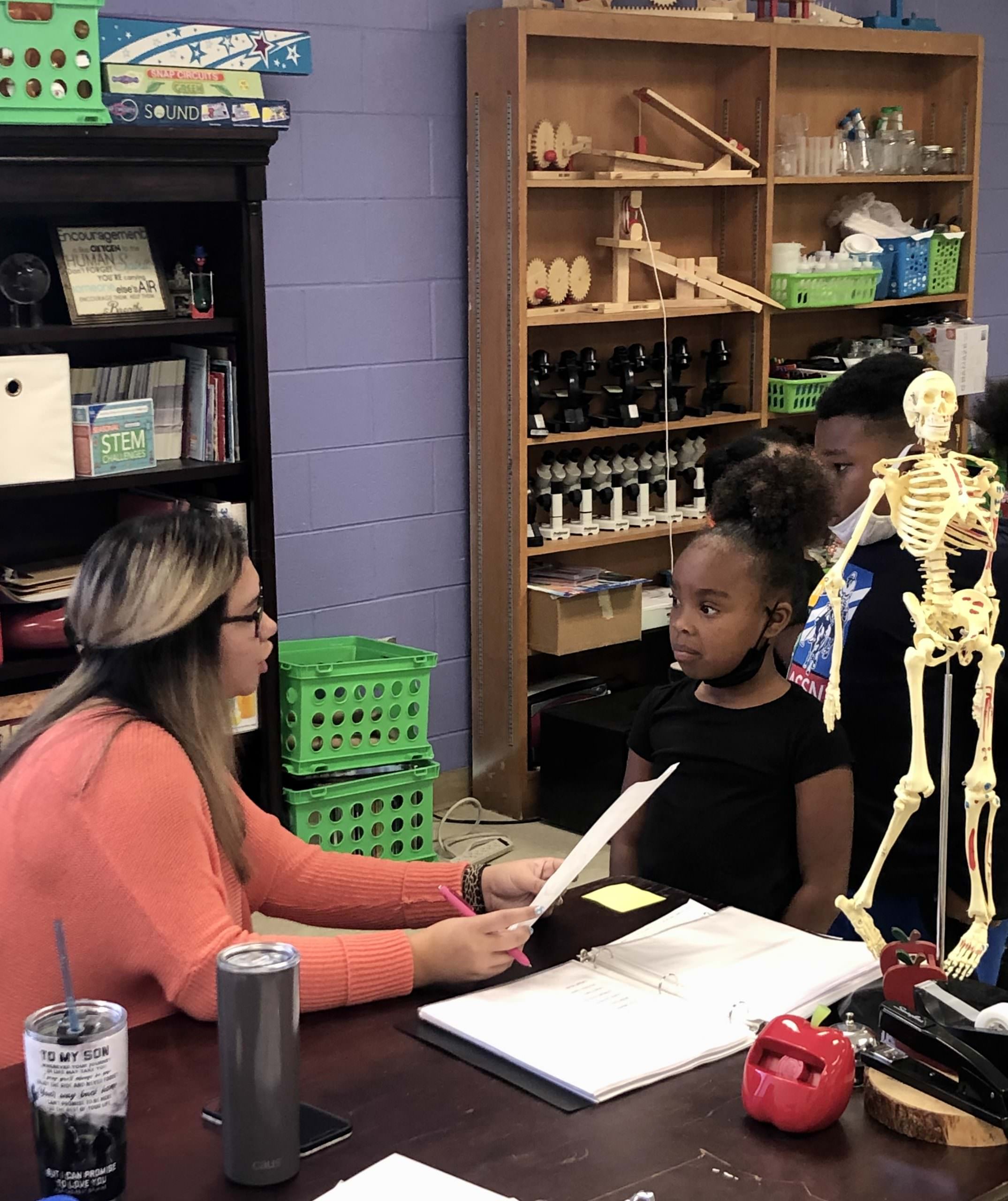 Hannah is in her first year of teaching and can remember when the STEAM program was rolled out during her senior year in high school.

“A lot of what STEAM was all about was unfamiliar to me,” Hannah explained.  “When I was in high school, the concept of STEAM was just being introduced.”

As Hannah has become familiar with the concepts of STEAM, she loves how the hands-on curriculum and how well it integrates with what the students are already learning in their core classes.

“This class teaches students things they can use outside of class.  It connects the standards they are learning in their other classes in a hands-on way.  STEAM allows them to design and create,”  Hannah said.

Students at HES love coming to STEAM class because the lessons are so interactive.  However, the true beauty of the class is that it begins to develop necessary skills for success in areas that require problem-solving skills.  The STEAM class also supplements learning that is already occurring in the students’ other classes.

“I try to supplement what the students are learning here with what they learn in their other classes,” Hannah explained.  “The kids love coming to this class because it’s so hands-on.  We use the K’nex blocks a lot to allow them to build and engineer structures.”

Because Hannah doesn’t see her students on a daily basis, most lessons are taught singularly, however, students do have the option to work on something continuously, week to week.

“Normally lessons encompass one class period, but sometimes we expand the lessons to where they cover two classes,” Hannah said.  “For example, a few weeks ago I introduced the students to the scientific method.  Then, the next time I had those students, we used the scientific method to actually conduct an experiment.  That was a tougher concept, but they were able to use what they learned in a hands-on way.”

As the first semester winds down, Hannah knows what she wants the next steps to be for her STEAM class at HES, and it’s a concept that Anderson Early Childhood Center is also teaching in their STEAM classes.

“I really want to get the kids into coding.  Ms. Nicole at Anderson introduces them to coding in pre-k and kindergarten.  My goal is to ramp it up in January,” Hannah said.

For now, though, Hannah is simply enjoying teaching these fundamental concepts to students at an early age and understanding the long-term benefits that STEAM provides.

“What I love about teaching STEAM is that you can do almost anything within the context of the class – you can build, create, solve problems.  It helps children who are different types of learners.  There are so many hands-on activities you can do.  This class has the ability to touch every kind of learner,” she said.

Hannah also recognizes how she would have benefited from STEAM as a student.

“If I had this as a student, I would have been able to understand Science so much better.  Seeing science and engineering at work at an early age is such an advantage,” Hannah said.

Even though Hannah did not get to directly experience the benefits of being introduced to STEAM concepts while in school, she is helping a younger generation prepare for future options in Haywood County.  And, that is something for which she’s grateful.