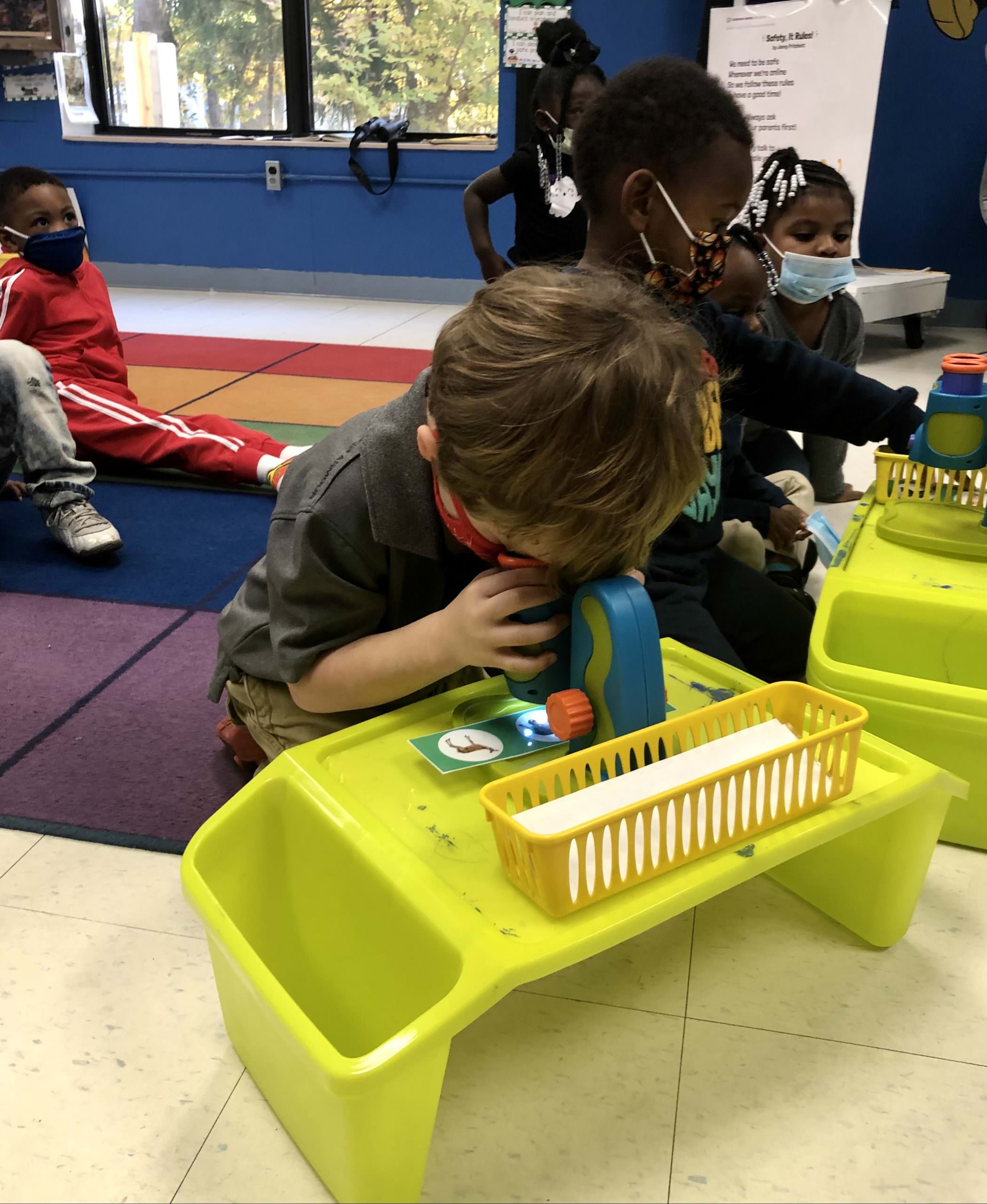 Foundational structure is imperative if anything of substance is to be built.

There has been a seismic shift in education over the last decade with a growing and important emphasis on hands-on, project-based learning.  Nationwide, STEAM programs are being developed in order to give students opportunities to focus on realistic, occupational skills while combining traditional academic subjects like reading, writing, and art.

STEAM is an acronym that represents science, technology, engineering, arts, and mathematics.  More than an acronym, however, STEAM is a district-wide focus in Haywood County Schools that is taught beginning at the preschool level and extends all the way to the Career/Technical Education programs at Haywood High School.

The initial foundation for STEAM is being laid at Anderson Early Childhood Center by Nicole Henderson.  Nicole was a kindergarten teacher for twenty years before moving into the STEAM classroom.

Nicole realized very soon that teaching STEAM was her dream job.  She also understands the importance of introducing kids to STEAM principles at such an early age.

“Building foundations for science at such an early age is so important.  Preschool kids in my class are learning the parts of a microscope.  I’m so excited to see where our kids will be in third grade Science because they’ve had all this exposure at such an early age,” Nicole said.

Beyond parts of a microscope, 3-5-year-olds are also learning the early steps for the process of coding.

“We’re learning how to code.  We learn the basic fundamentals of following directions.  That’s essentially what coding is,” she said.

While the specific STEAM skills and activities are extremely important, the larger impact of STEAM can and will be seen in introducing multiple possibilities for career paths within the science and engineering world, especially for female students.  Nicole understands the importance of that.

“We’re not only asking our kids right now what they want to be but showing them what they CAN be.  I think it’s especially important for my female students to learn about these science and engineering options at such a young age,” Nicole said. “I love showing the students pictures of females in these jobs.”

As in all early elementary classes, time for children to dig into hands-on learning activities is of paramount importance.  But it is extremely important in STEAM.

“All my lessons are very introductory and focus on building these STEAM skills very early on,” she explained. “After we learn something, activities are put into a center.  Students have 10-15 minutes to do center work in order to practice what they’ve learned.  Some kids love to make a code for the robot.  Another student has been working on a Lego project for weeks, and he wants to perfect that project,” Nicole said.

Beyond specific centers and long-term projects, students also have time and opportunity to use their imaginations and create original designs based on what they’ve learned in STEAM.

“‘Maker space’ is an inventing center that allows students to express themselves artistically.  One thing we’ve done in that space is create a city.  Different classes created different parts of the city out of cardboard or paper, and we were able to combine those parts,” she said.

The emphasis on STEAM across the district in Haywood County is inventive and progressive, but in order for it to reach its potential a solid foundation must be laid.  Nicole is laying that foundation at Anderson.