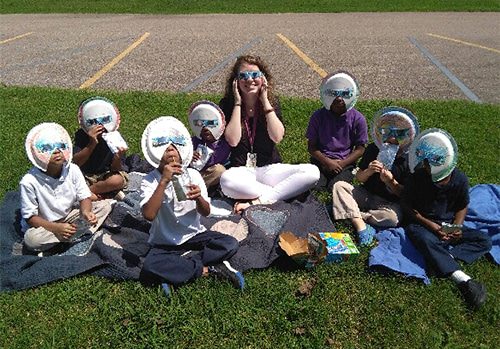 Everyone who works for and attends Haywood County School had the opportunity to have a science lesson on Monday, August 21, at 1:23 p.m. when they watched the partial solar eclipse that had a magnitude of .96 in Brownsville. Students and staff were supplied with solar eclipse glasses to protect their eyes as they looked to the skies as the moon almost completely covered the sun. It was an exceptional experience in learning about the solar system.

According to the New York Times, from Oregon to South Carolina, over an hour and a half, along a 70-mile-wide ribbon of land, the world appeared to stand still for a few minutes as the moon perfectly blocked the sun’s fierce light except for the corona, the halo of hot gas that surrounds it. This was the total eclipse, an event that had not happened in the continental United States since 1979 and had not traversed such a broad swath of the country in nearly a century. The next total eclipse will sweep from Texas to Maine on April 8, 2024. Save your glasses! 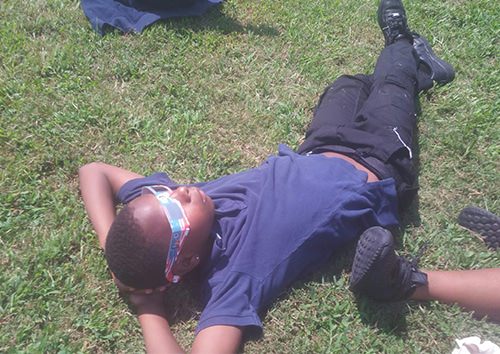 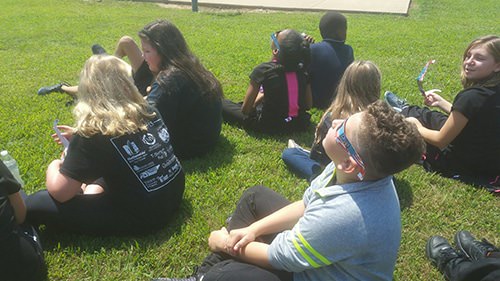 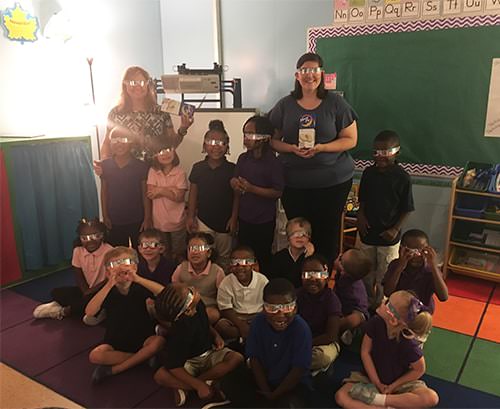 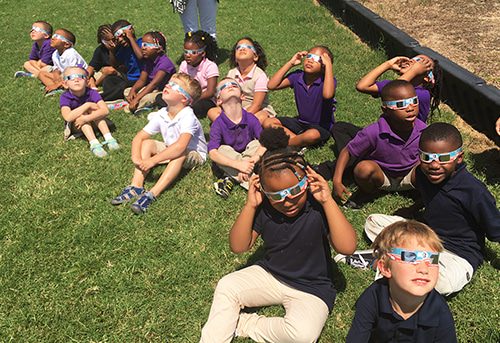 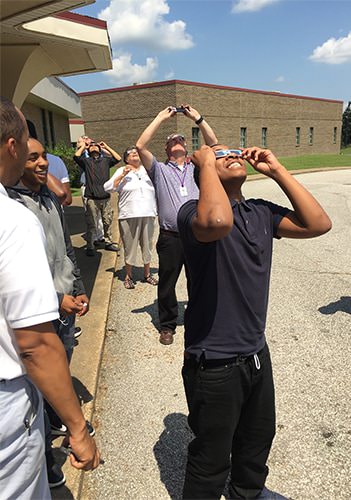 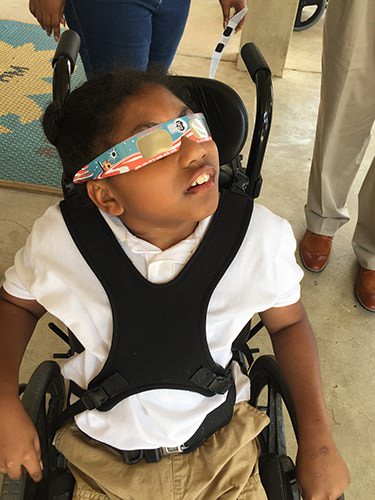