Students celebrate the U. S. Constitution 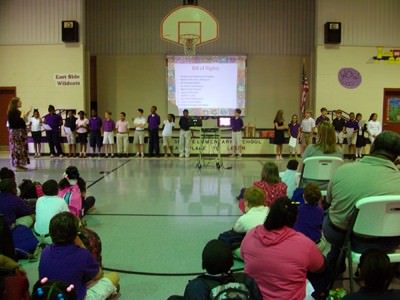 On Friday afternoon, September 10, East Side students, faculty, and staff met outside and formed a circle to commemorate the 223rd anniversary of the writing of the U. S. Constitution. Each class released three balloons – red, white, and blue – to symbolize  citizens’ voice in our government. Also during Constitution Week, Ms. Amelia Morrison’s class members memorized the amendments to the U. S. Constitution with a song. They presented the song to the student body during morning meeting. 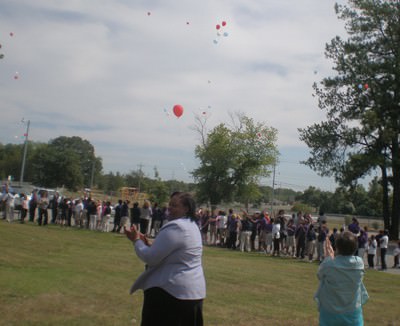